Celebrities on the dance floor!

It is a show gathering different celebrities (humourists, singers, actors, hosts, athletes…) and professional dancers. Each professional dancer will be a partner and teacher of one of the celebrity all along the programme.
Principle: every Saturday night, after a week of hard rehearsals in a studio, couples will compete one by one on a pre chosen theme by the jury. Each dance is unique to each duo (salsa, rumba, waltz, fox-trot, tango, cha-cha-cha, Charlestown, pasodoble…) some technical steps are imposed by the professional jury. This year, the jury comprises: the talented M Pokora, the beautiful Marie-Claude Pietragalla, the enthusiastic Jean-Marc Généreux, and the fearsome Chris Marques.
During the evening, the jury will grade the different duos giving them a mark from 0 to 10. At the end of the evening, only 2 duos will compete for “the last dance”.
The public will have the last vote, nominating the winning duo by phone, texts, or on the dedicated website.
The winning celebrity will be presented with a symbolic trophy.
During this new season, couples will have some new artistic challenges to rise to.

Sandrine Quétier began on TV as a presenter of the Keno game on France 3, after having worked in the communication department of an optical brand.
Her path led her to M6 with “Les Piegeurs” in 1996 and she appeared in an episode of “Jamais 2 sans toi” on TF1.
She hosted then “Politiquement Rock” from 1997 to 2000 on M6. She also presented live music flashes on M6 Music and on “Friday night The Live” in 1997.
Between 2000 and 2001 she hosted special episodes of “Culture Pub” and “Grand Ecran”, “Ciné 6”, and every Wednesday she had a chronicle on the latest movie releases on the “Morning Live”.
In 2002, we saw her in “Grand Ecran”, “Plus vite que la Musique”, and “Sex in the pub”.
In 2003, on France 2, she was part of the team hosting “Qu’est-ce qui se passe quand?” Then, she hosted the “Grand Examen du Savoir Vivre”, along with Thierry Beccaro on prime time in December 2003, “Les vainqueurs de l’année” co-hosted with Jean-Luc Delarue and “Code de la route, le grand examen” co-hosted with Patrice Laffont on June 29th of 2004. She hosted the show “Le Brise-Cœur”, produced by Jean-Luc Delarue, every night at 6.00 on France 2 during the summer 2004.
From 2004 to 2012, she co-hosted “Les 100 plus grands…” with Christophe Dechavanne in prime time on TF1. Since November 2006, she hosts “50 minutes inside”, every Saturday night from 6:50 to 7:50 on TF1 along with Nikos Aliagas.
Since September 2006, she is also the French host of “E! Entertainment”, the Hollywood channel on Canal Sat.
She hosted live events for the cinema or television (Oscars, Golden Globes, Festival du film américain de Deauville, Festival de Cannes…), and weekly nights on the channel along with special shows.
Since 2008, she also hosted “Du beau, du bon, du bien-être” on Odyssée every Saturday at 8 :45. In 2013, the show changed to become “Avis de Tendances”, which is broadcast every Tuesday at 8:40 on Stylia. 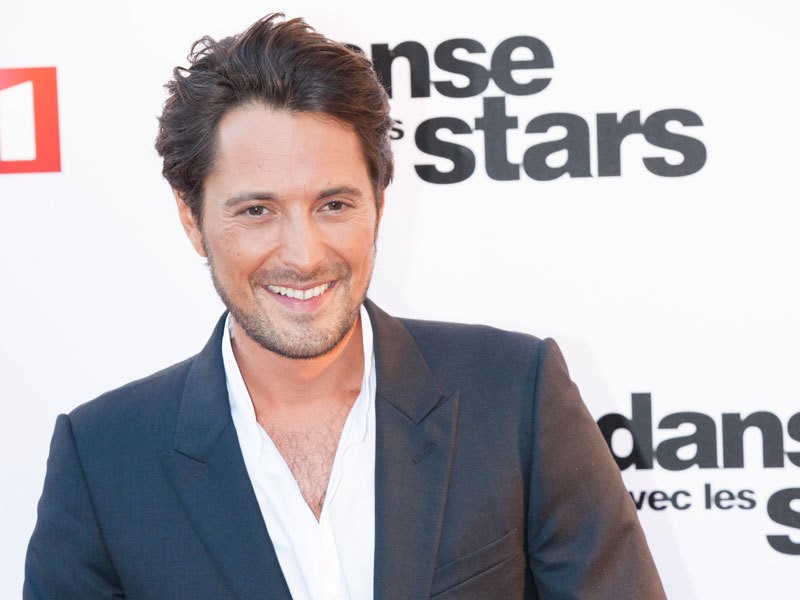 He learnt radio thanks to his time at college but also with associative radios.
He began on TV in 2000 as the official speaker of the “24 heures du Mans”, and then on the “AB Moteurs” channel, and finally in 2004 on “Tour de France à la Voile”.
Between 2001 and 2005, he was on MFM radio and then RTL Belgium and finally on Cherie FM in 2007. He is also the voice on different documentaries.
He created his own production company “Press’Agrum Productions” in 2006. He became then and the same year, co-producer and host of “On fait le plein!” on Le Mans TV.
He joined the Morandini’s team on Direct 8, from September 2nd 2009 where he hosted a column named “Quizz sur les coulisses des medias”.
He became reporter for TF1 on the “NRJ Music Awards”, in 2010. Thanks to this opportunity, he interviewed numerous celebrities.
On January 1st 2011, he hosted “Sosie! Or not sosie?” on TF1; an entertainment show with hidden cameras. Still on TF1, he was chosen to host “Danse avec les stars” with Sandrine Quétier until 2014.
However, he came back to RTL, during the Summer 2011, where he hosted “Stop ou Encore”, replacing Vincent Perrot, but also “Itinéraire d’un auditeur gâté”. In 2012, and for 2 days, he commented “24 heures du Mans”, still on Eurosport.
In 2013, he hosted “Le grand morning” on RTL2. But he also became a driver on the “automobile Tour de France”, one of his favourite hobbies.
In the Autumn of 2013 and until 2014, he joined RFM radio to host “L’interview V.I.P.”. Since the beginning of 2014, he is hosting the LOTO on TF1, in turn with Estelle Denis, Jean Pierre Foucault and Sandrine Quétier.
He participated, like many, to “Toute la télé chante pour le sidaction” in 2014.
Since the Autumn of 2014, he hosted the morning show from 6 to 9am, with Laurie Cholewa on Chérie FM.

If I told you that you were the least famous of all the candidates, would you take it badly?
Not at all. It is the truth. So much so that I couldn’t see myself getting further in the adventure. With people like Anthony Kavanagh, Corneille, that everybody knows, I had no reason to believe that I would be in the final..

And how do you explain this unforeseen outcome?
That’s a good question! (laughs) I think we worked a lot with Denitsa… and that the public likes us. Maybe they like us because we’re simple, and we remained ourselves.

Technically, we’ve sensed you felt rather comfortable from the first prime. What dancing experience did you have?
Frankly, I was a good actor because I wasn’t at all comfortable, at first. And I’m not much more s today. During the week I have doubts, and before each prime I’m terrified…. My dance experience? I took some classes for a shooting “Petits arrangements avec ma mère”, with Line Renaud. I had to breakdance and I had to learn the choreography. Except for that, I had never danced before, even less these kind of dances.

This show is the opportunity to reveal yourself in a very intimate way sometimes. Do you feel as if you revealed some things to the viewer that could follow you afterwards ?
Reveal things, I’m not sure. But it’s true that I’m not playing a role, I’m not Benjamin Vidal of Pep’s, I’m myself. And, there, there’s no bluff: the guy you see in the primes of “Danse avec les stars” is the guy I am every day. I try to smile, I joke, and I have fun as well as being serious and rigorous with work.